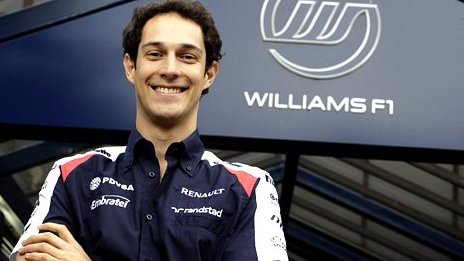 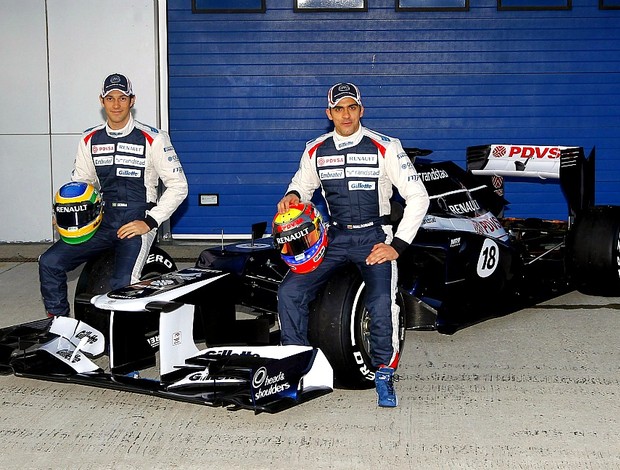 After a debut season with HRT in 2010, and half a season with Lotus in 2011, Senna was well placed to gain a full-time seat in F1 for 2012. Results had been few and far between in Bruno’s F1 career thus far, but the extenuating circumstances had been plentiful. This, combined with some promise in 2011 (mainly qualifying 7th at Spa), and a portfolio of personal sponsors equaling some £16,000,000 made him an attractive option for teams on a tight budget.

Williams had endured their worst season (up to that point) in 2011, which could not have come at a worse time. Many of the major sponsors of the post-BMW era had contracts ending at the end of 2010, as the global financial crisis worsened. Williams were struggling to remain points contenders with the Cosworth-powered FW32, and despite a surge in competitiveness in the second half of 2010, it was not enough to retain key sponsors RBS and Philips.

It was left to Adam Parr, Williams chairman at that time (and spearhead behind signing Pastor Maldonado and PDVSA to the team for 2011) to decide that the team’s best interests would be served by not retaining incumbent driver Rubens Barrichello, but to sign Senna (and his funding) to the team for 2012, thereby putting the team on the best possible financial platform with which to respond technically to the nadir of 2011.

As has been mentioned, Williams were trying to recover after the troubles of 2011. Cosworth were out, replaced by a customer supply of Renault V8s. It seemed a happy reawakening of a classic name – Williams Renault. The team had replaced Sam Michael with the previously disgraced Mike Coughlan, ex-Arrows and McLaren, who was given a second chance by Frank Williams to avenge his tarnished reputation. Further to strengthening the operational side of the team, ex-Jaguar and Toyota man Mark Gillian was hired to oversee the operational aspects of the team at the circuit. A rules change limiting the effect of blown diffusers helped the team, and when the FW34 arrived on the track it proved to be a reasonable racing car. It was well balanced and generally looked after it’s tyres. Importantly, the slim gearbox/wing mounting that had premiered on FW33 had been refined into a lighter and less restricting solution from the point of view of rear suspension geometry. This further eliminated a key weakness of FW33. Despite tight finances, the team went into 2012 reasonably confident over their chances. An additional aspect for Bruno was that test driver Valtteri Bottas was due to drive many P1 sessions during the year – exclusively in his car.

The overriding impression that one got from Senna’s season was consistency. He was only unclassified twice, though 44% of the races in which he was classified were out of the points. More frustrating for both Senna and Williams was that his points finishes were all quite minor – 6th in Malaysia and 7ths in China and Hungary were the highlights. However in both Malaysia and China (where he hit his teammate), these good finishes were overshadowed by some fundamental errors. I believe the team made much of these lost races…even if Senna recovered them into some minor points finishes. Across the season, he was over half a second away from Pastor Maldonado on average – which often mired him well out of the top 10 on race day. Senna and Maldonado beat each other equally over the year (7 times apeice), but this was mainly due to Maldonado’s inconsistency. This led to Senna finishing the season 14 points behind Maldonado (Pastor’s win in Spain balanced out his non-finishes).

Bruno’s qualifying pace relative to Maldonado was not missed by many F1 observers. Bruno explained this was due to missing out on so many P1 sessions while Bottas gained experience in his car. Senna sighted that with 2012 being his first full year, he found it necessary to get the maximum track time possible. Having said this, there was little improvement in his grid positions in races where Bottas did not do P1.

Malaysia. Senna dropped to the back at the start after making a mistake, then fought back through the field in tricky conditions to finish 6th. An excellent performance.

Spain. On a weekend when Maldonado qualifies 2nd, inherits pole, then fights Alonso, Senna qualified 17th, missing Q2 and 1.5 seconds slower than Maldonado. In the race, he is taken out after being rear-ended by 7 times world champion (and Williams contact specialist) Michael Schumacher.

With Bottas taking so many P1 sessions throughout the year, it was quite obvious that Williams was grooming him for a race seat. The only question was if the year was to be 2013 or not. Senna maintained until the end of the season that the loss of various P1s were to blame, and given his lack of experience, he could not hope to qualify strongly for the races.

However, as the year wore on it was clear to most seasoned observers that Senna was simply not quick enough relative to Pastor Maldonado. This, combined with Williams being increasingly impressed with the speed an consistency of Bottas’ practice runs, led to the team not renewing Senna’s contract.

In retrospect, it now seems obvious that Bruno was just a placeholder until Bottas was ready to race. This could be considered unfair on Senna, but he was always aware of the terms of the contract and happily signed knowing about the loss of practice time and the single year duration.

It can be said that Senna did a dependable job for Williams, finished well and raced well given his lack of seat time and loss of practice time. However, after further analysis my point of view has only solidified on what I felt as 2012 unfolded.

Firstly, Senna was not inexperienced in F1 terms. By the end of 2012 he had 2.5 years of F1 experience. He missed one race as penance for upsetting Colin Kolles at HRT, and he used this to say 2012 was his “first full year”, but it is clear that while technically true, his level of F1 experience was far more than many of his peers. Secondly, He knew his contract was for a year and that Bottas would be run in most practice sessions. Thirdly, he never looked like getting towards the front of a qualifying grid, in a car that Maldonado took to front row starts throughout the season.

It is true he got close to Pastor’s points total by the end of 2012, but this was more due to Maldonado’s alarming inconsistency after his win at Barcelona, rather than any kind of great push by Senna. Most of his points scores were minor placings in a car that was quite often the 5th quickest car, and often quicker than that. In fact, it is only Maldonado’s terrible points scoring record (Barcelona aside) that makes the performance of the drives look in any way balanced.

As Bottas proved in 2013, it is far from impossible to outqualify or outrace Pastor, and Bruno in all honesty never got close.

It wouldn’t have been so bad had it not been for his surname.